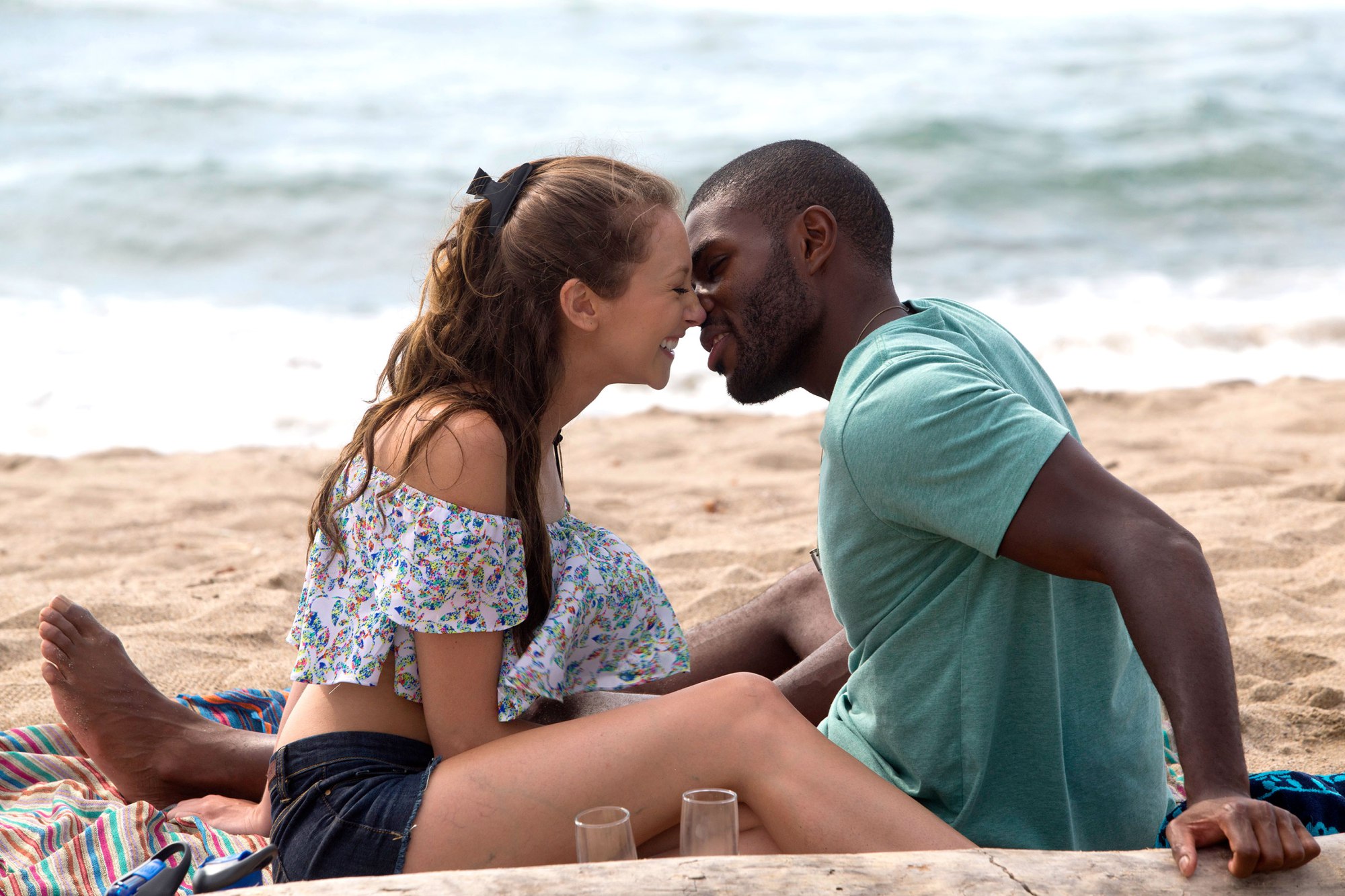 The fallout of the Kristina-Dean-Danielle triangle of love. It’s the talk of paradise. Still hard to find someone making a compelling case for Dean in all this. A new arrival is about to rock paradise, and her name is Sarah. Looks like Sarah is coming with the intention to take Adam on a date. Raven isn’t thrilled, so the women decide to push Ben Z. on Sarah. So she goes to chat him up and all she hears about is, you guessed it, Ben’s dog.

Sarah makes Adam the choice for her date. Well, she just threw a wrench into her friendship with Raven. While on his way to the date with Sarah, Adam reveals he’s never been on a date. Like ever? Must have really spent a lot of quality time with that dummy of his prior to coming on the show. At dinner, Sarah is ready to pull out all the tricks to get Adam, so there will be no surprise because when Sarah wants you she wants you “now”. She’s all starry eyed for Adam—frickin’ Adam, the dummy guy.

Getting Diggy With It

Meanwhile, Danielle is making her move on the bartender, Wells. Can the bartender even date? A date card arrives and Lacey is begging to get one, well she gets her wish. Sometimes wishing for something isn’t as good when it happens. This would be the case when it comes to Lacey trying to find a guy to go on a date with her. When in doubt settle for Diggy. The Lacey-Diggy date is hosted by Jorge. Let’s see if he can do something better for these contestants besides feeding them drinks. Jorge guides them to a hidden beach. Lacey is loving the location until Jorge drops a factoid that he was conceived on this beach. So romantic. Apparently it worked because Lacey and Diggy are making it soon after.

Danielle talks up Wells to Raven, while Wells and Jack Stone chat about Danielle. Wells reveals that he went on a date with Danielle four years ago and they developed a friendship. During her chat with Raven she decides that there is no point for her to stay, so she wants to leave paradise. I hope that’s not the case.

The next arrival is Dominique. Whoever she is? Diggy is immediately diggin’ her. Looks like she was on Nick’s season. Taylor attempts to be a style matchmaker and set-up Diggy and Dominique. She doesn’t waste time in cashing in her date card, it’s Diggy. While Diggy and Dominique are all smiles, Lacey is on the verge of burning down paradise. Soon as they get on the date, Diggy makes sure to let Dominique know there is no romantic connection with Lacey. Yup, he’s in the clear now.

Danielle is packing up after realizing none of the guys in paradise won’t give her butterflies. This is a opportunity for Wells to get her a bunch of drinks and have her make a bad decision and reconsider her leave. She does leave him with a nice make out session though.

After the commercial an in-studio Chris Harrison hosted event begins. This mid-episode interruption is done so they can go back to the Corinne-DeMario fiasco, again. It’s the same old lecture with the cast agreeing to everything that Harrison throws out there.

Before all the negativity, time the cushion things by having Carly and Evan come out and talk about their wacky love affair. They reveal that they are pregnant. I never understood why couples say “they” are pregnant, it’s the woman that is pregnant, not the guy. To make matters worse, Harrison orders them to do the customary live ultrasound.

DeMario comes out for his big segment. One thing to note is that he’s very descriptive and appeared truthful. Either this guy is the next Denzel pulling out this act, or he’s actually candid and honest unlike many in this franchise. He came out looking good in all this, after having his name dragged through the mud. Media can be vicious. Lessons learned for everyone.

Diggy had more dates and airtime in this episode than his entire experience with the franchise. Lacey also managed to get some key airtime. Sarah (Nick’s season) was a new arrival in paradise and she went right after Adam. I liked Sarah on Nick’s season, thought she was mighty fine and should have been featured more. Was surprised she didn’t last longer on that season. I could barely remember Dominique, but she seems to have a good vibe going with Diggy, instead of the forced pairing with Lacey.

Danielle M. left, unfortunately she had nothing going on in paradise and wasn’t featured much. I had high expectations of her making waves (no pun intended). Sucks to see one of my personal favorites leave. I thought Danielle M. and Kristina would be the hottest commodities in paradise, which wasn’t the case.

Through four episodes this season is moving slowly. It’s in a weird place with the lack of connections happening. This wasn’t expected, just seems like no one can find a connection so they focus on making friendships instead, or vice versa.