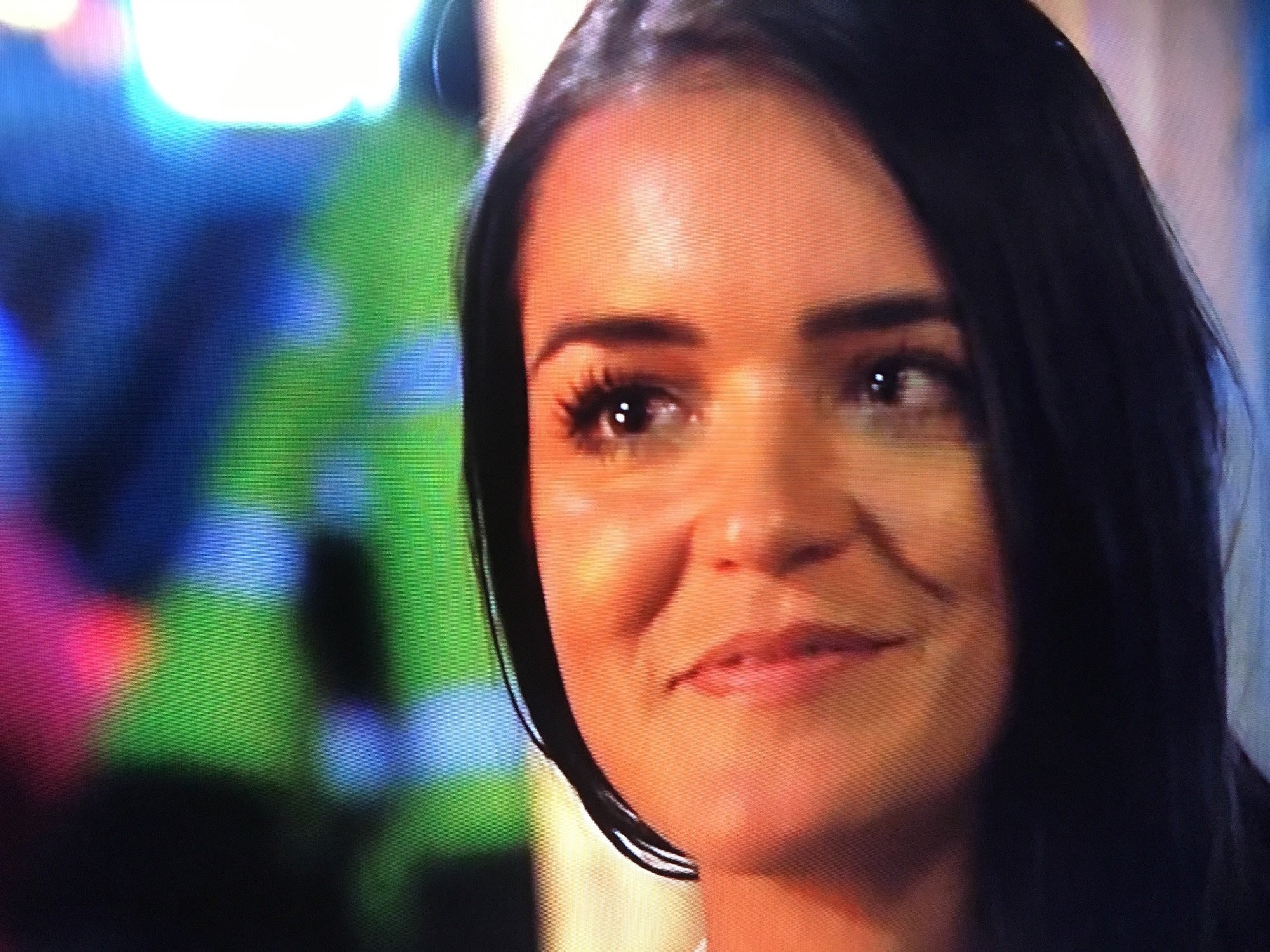 Last weeks cliffhanger left us with Andi Dorfman arriving at Nick’s door. Apparently she’s here for a drink and to chat. Andi gives the ok to hook up with all the girls. Well, if Andi says it’s okay then it must be. They apologize to each other for hurting another. They say their goodbye’s and she’s gone. Well done producers. Giving Andi a payday for just having some whiskey with Nick, so dramatic, not really.

Yay, early rose ceremony, again. The women are on some freezing rooftop with the wind blowing leaves all over. Raven receives the first rose, but we already knew due to the commercial spoiling it right before the segment. Rachel gets the second rose. There was so much mystery there, not. Comes down to Corinne and Vanessa, and Vanessa gets the rose. The Corinne experiment is officially over. He tells her she never did anything wrong….bahahaa, that has to be easily the biggest lie in Bachelor history. Corinne is done showing men how much she “worships” them.

Nick arrives at the airport to head to Finland. Biggest takeaway is that he’s shown seating in coach on Finnair. Once he gets to Finland in his coach flight, his first date is with Raven. They have a date in a cabin lit with candles. Pretty romantic spot, apparently Raven agrees, because she tells him she’s in love with him. During the date she tells him that she’s never had an orgasm. Wow, neither has 95% of women out there, especially with the quality of men available. Banking on Nick being able to be the first to give her an orgasm is as realistic as Santa Clause delivering presents in July. This is one very hopeful and unrealistic woman. Either way she accepts the overnight date and apparently willing to take a chance on Nick being “the one”. That’s all she wrote for this episode, folks.

This one was a quickie. Now we know why this show needs to be two hours long, because barely anything gets accomplished in one hour. There was more commercial time than time Nick had to impress Raven. We saw Corinne finally eliminated, guess they just couldn’t fool the people anymore that Nick was actually into her. Aside from Raven, who had the first date, the other two women were not seen after the rose ceremony. Very little happened besides them arriving in Finland and Raven admitting she’s never orgasmed.

Next week they are making it up to us with three hours of Bachelor content. One hour continuation of the overnight dates and the two hour “Women Tell All” special. I’m not expecting much from the “Women Tell All,” besides more Corinne craziness and some softball questions from the ladies. Only two more weeks left of the Bachelor and there is as little intrigue as the show has had in a long time.