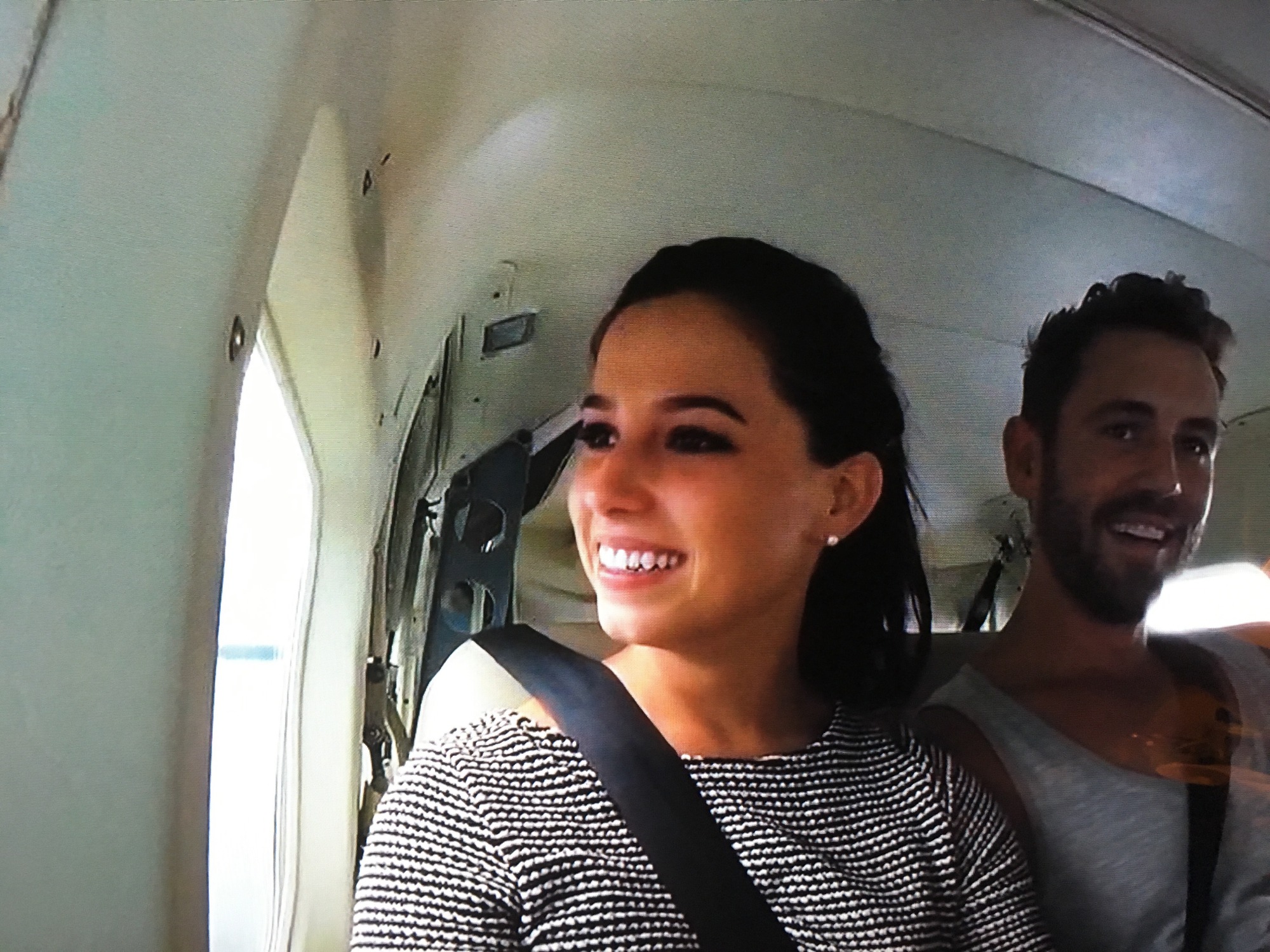 Last weeks episode of The Bachelor ended with Taylor interrupting Nick and Corinne’s dinner date after Taylor’s elimination. Taylor tells Nick that she isn’t a bully. Nick doesn’t like bullies, he just dates them (Corinne). Nick doesn’t seem to care whatsoever what Taylor warns him about Corinne, but Taylor makes sure she points out to him that he needs to keep his eyeballs open. That’s quite the advice there. On a more important note, Corinne’s legs—hot damn.

Another early rose ceremony. Danielle M., Rachel and Raven are safe. And the roses go to:

Jaimie, Josephine and shark girl Alexis. The shark-dolphin experience is finally over.

St. Thomas is the next travel destination. Wait, no more cow manure or swamps? The show budget is back on track. Kristina gets the on-on-one with Nick. They are off on a plane, while Jasmine continues her fifth week or complaining about not getting a date. Kristina tells Nick she has nine siblings, well that’s closest to Nick’s 105 siblings. Kristina talks about her Russian family. She tries to talk in Russian, which I makes a lot more sense than when she talks in English. Who am I kidding, her accent is on point!

Lorna is the Raquel of St. Thomas. Who else would take advantage of this nanny situation other than Lorna. Kristina ate lipstick? Now that’s a rough and unfortunate past. She tells Nick she’s an orphan. Heartbreaking past. If a strong woman like that doesn’t deserve a rose, then no one else does, luckily Nick gives her a rose.

At the house a date card arrives for Rachel, Raven, Vanessa, Danielle M, Corinne, Jasmine. Whitney and Danielle L. are getting a two-on-one date. The group date is a beach game of volleyball. Nick is focusing all his attention on Corinne. The women aren’t having it anymore and are beginning to crack. Nick is trying to calm the women, but they are all about to erupt. Jasmine is the biggest culprit of this overreaction. She’s talking her out of any chance of a rose. She just wants to put him in a “chokey”. So a choke-out is on her agenda, that was enough for him to send her packing.

Danielle L. and Whitney are taken to some remote island. It’s always that way. Whitney gets her first conversation with Nick. Still, he tells her sweet nothings about how attracted he is to her. Danielle gets the next heart-to-heart with him. While Whitney is waiting around, Nick comes back and makes up some lame excuse how he wants to give her a rose, but his heart won’t allow him. Since when did he think with his heart? He lets her go, a.k.a gets into a chopper and rides off and leaving her stranded. The women are stunned when Whitney’s luggage gets taken away. They have to be stunned by the sheer wonder of whose luggage it was.

After leaving Whitney stranded, Nick and Danielle go on a dinner date. Danielle doesn’t waste time about boasting about him, while his face starts to cringe. Things get a lot more awkward when she tells him she’s falling in love with him and all he can do is play with her hands. It’s coming Danielle. Boom. He tells her he’s not in love with her. She gone.

Two-on-one turned into one. The women are in shock back at the hotel when they see Danielle’s luggage go. Minutes later Nick storms through the door and the women gasp in shock. He starts crying and giving them a fair warning that he wants things real and right and is terrified about his chances of finding love. All the women are shaken up and crying as the episode comes to an end.

A bunch of women went home tonight. Like a lot. Six women in total. Now that’s cleaning up the field. Six women are left and they all seem to be favorites. Whoever goes home next from now on will be a significant. The entire episode was a meltdown by the women, later by Nick. Jasmine’s reign of outrageous paranoia is finally over. Shark woman Alexis is gone. They finally get to go on a real trip to a desirable destination. Next week Corinne is back to taking over. She apparently seduces him and things get steamy as expected.