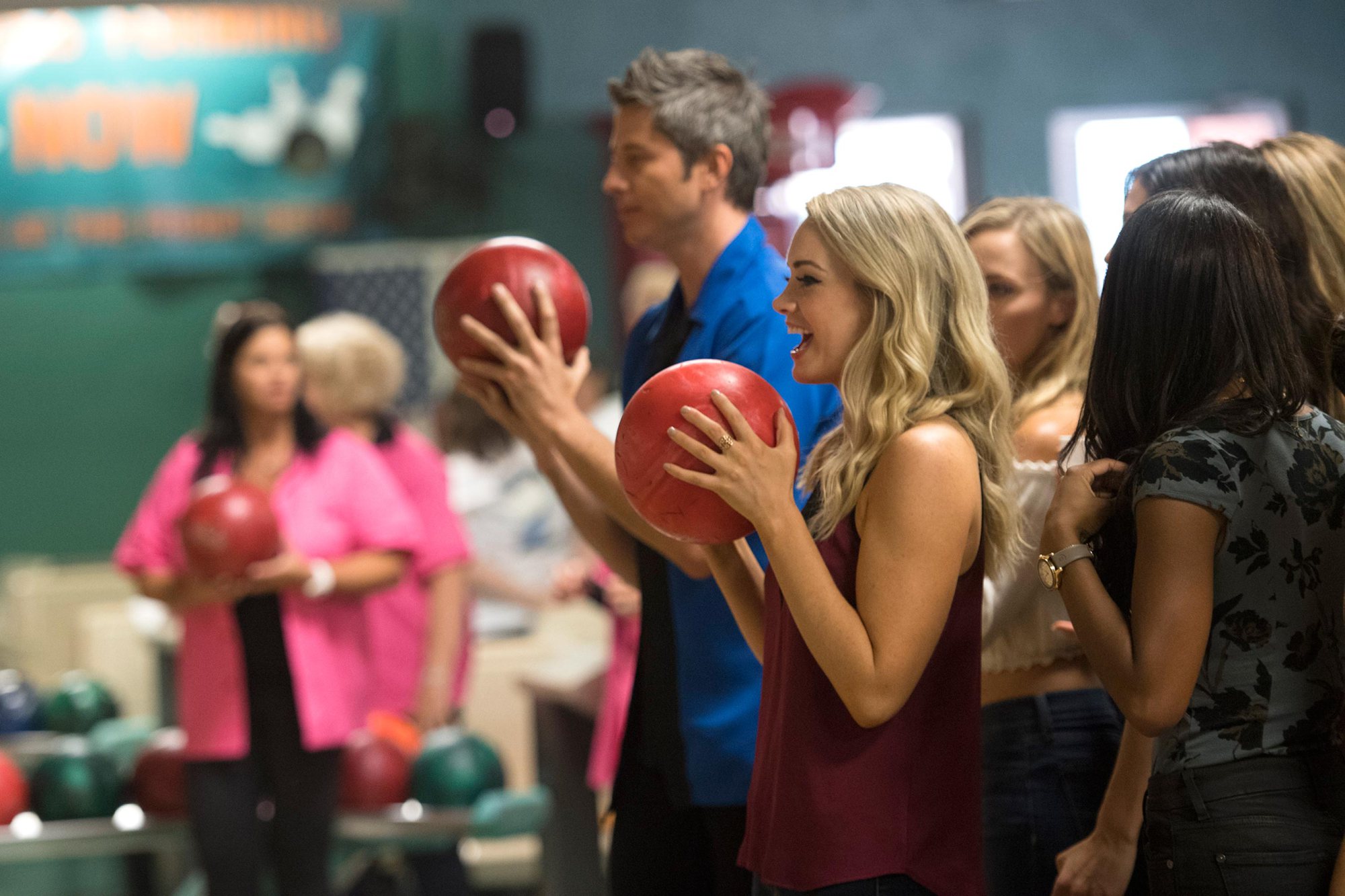 The women are in Fort Lauderdale, Florida, minds are blown, especially for Becca K. who apparently has never been out of a Florida swamp. Geez, these women are so easy to please.

Maquel is back, while Chelsea gets her solo date with Arie.

The women are spying on Arie as he makes out with Chelsea on a jet ski. Stalkers. Afterwards at the dinner date Arie was impressed with her jet ski skills. If by skills you mean someone that sat on a jet ski making out with him, then she’s great.

Chelsea discloses her past and how her ex left her. So much for any credibility to her villain status. He offers her a rose that she accepts. They follow to some garage and walk into a band playing. What are the chances of that? Only on this show. 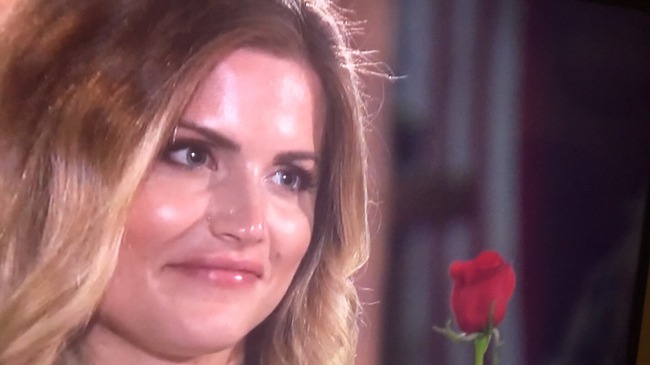 What better and cheaper place to take a group of women on a date? A bowling alley. Keeping the budget under control. The women are split into two teams with the winning team getting a date with Arie. As if that’s an incentive. Team blue demolishes team pink. Krystal’s team wins and she focuses on keeping the spirits up high.

Arie is all about hanging out trophies to everyone, so he invites the losing girls to join the party and spend time with him also. All this to Krystal’s dismay.

On their way back Krystal loses it. Apparently she calls Arie a liar and puts on a nice white robe and won’t go on the date, due to the disrespect to team blue. The women waste no time to tell Arie what Krystal said and calling him a liar. He decides to go speak to Krystal.

Krystal explains her hurt of not being rewarded for bowling at a smelly cheap bowling alley. He quickly leaves her behind and heads back to all the other women.

He’s on a prowl for the Becca’s. First is a make out session on the rooftop with young Bekah M., followed by a private room invite for Becca K.

Bekah M. rejoins the women hanging out so she starts giving a speech on the demise of Krystal. Well, it didn’t work because Krystal re-appears right when she’s done. The women begin to question Krystal, but she can’t give a straight answer. Interrogation fail. Firecracker Bekah goes after Krystal and doesn’t hold back.

Lauren B. and Arie have some solo time and they play rapid-fire question and answer, which consists of questions and answers no one could care less about.

Time to give out a group date rose. Lauren ended up sealing the deal and getting the rose. All the kissing Becca’s were left empty handed.

No one will confuse Tia with being high maintenance, but a boat ride on the stinking Everglades? Tia was elated to be in “nature” a.k.a a swamp. Even an alligator pays them a visit, and I thought that voodoo Louisiana trip Nick Viall took his women on was bad. The lunch part of the date is the highlight with friend corn on the cob and some fried frog legs. Now, that’s country livin’. 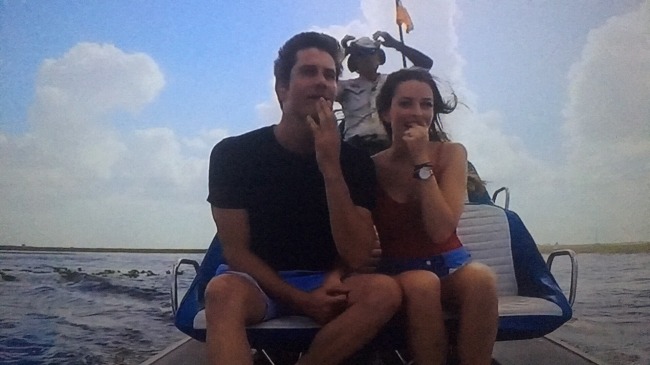 Tia does pulls another no-no by bringing up racing to him, which of course gets him going on a tangent. Spare us all Arie, thanks a lot Tia.

On the dinner date, Arie asks Tia about moving out of her little town, but we all know she’s still there. We learn that she’s Dr. Tia, in physical therapy. Tia reveals that she’s falling for Arie and it feels like a fairytale and he just giggles to that. Classic. He makes her repeat it for more affect. This man should be directing this show. Needless to say, she gets a date rose.

Back to more Krystal drama. She’s back and ready to date Arie. Meanwhile, the quirky Kendall has 100 random weird questions for Arie which are surely going to push him away even further.

Bekah appears to be the ring leader in the get rid of Krystal movement. Kendall is the first one to get into it with Krystal. More blame game with no resolution. Tia jumps in and piles on. 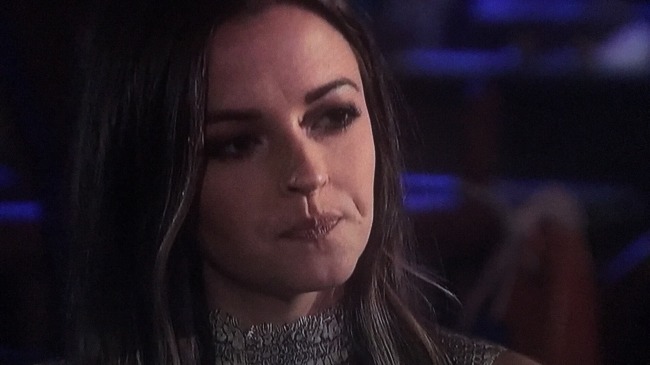 Ladies and gentlemen we have our season’s first introduction to Jacqueline. Arie immediately talks up their amazing chemistry (even though it’s their first interaction) and proceed to make out.

Arie and Krystal have a sit down. He looks disinterested. She brings up the closeness she felt to him and watching his VHS movies. She starts talking about growing up in a bowling alley. That explains a lot. Trouble in paradise. This situation is muddier than the swamps he took Tia to.

Week 5 of consecutive rose ceremonies. This is getting out of hand. Too much consistency. Krystal brags about all the shades she’s shown Arie, besides the 50 Shades Freed (shameless plug).

Marikh, Maquel and another girl (Ashley?) who didn’t stand out heads home.

Episode Rating: 7/10 (Krystal Is Under Fire And Same Old Results)